Who pays taxes in Montana?

With the Montana legislature in full swing, how Montana’s tax system stacks up to other states, and how we can make it better, is at the top of many minds.

In October, the non-partisan Institute on Taxation and Economic Policy (ITEP) released their annual Who Pays? Report. This report compares the fairness of the tax systems of all 50 states, looking at what share of income is paid in state and local taxes in each income bracket.

A progressive tax system is just the opposite. Someone with higher income would pay proportionally more of their income in taxes than someone with less income.

Although Montana’s system is regressive, our state ranks 43 on ITEP’s Inequality Index. To understand why eight states do it better, we need to look at three tax types: sales tax, property tax, and income tax. 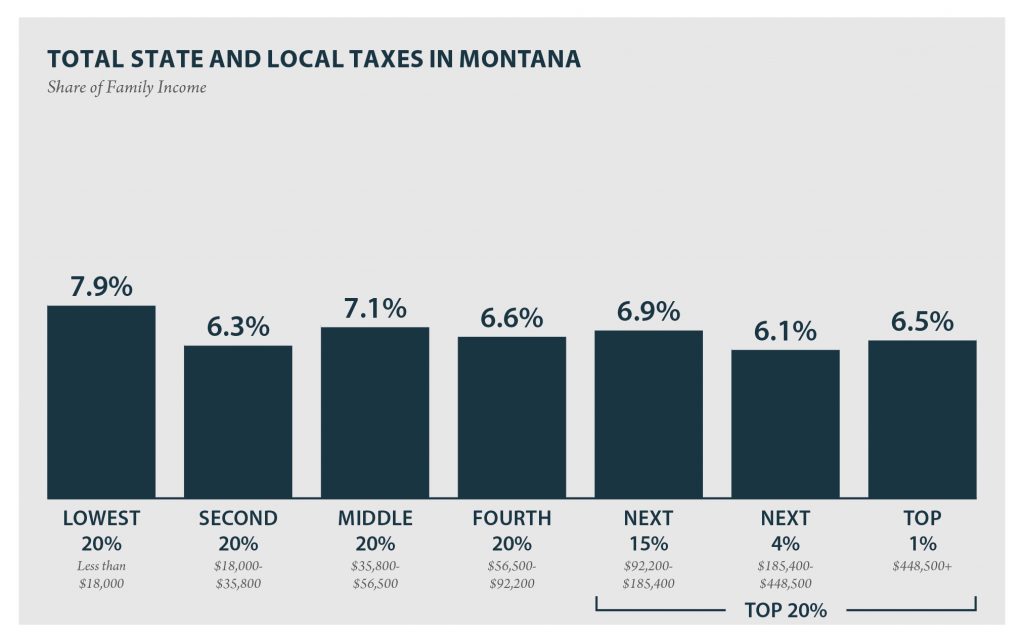 One of the reasons that Montana’s tax system is less regressive than some states is our lack of a statewide sales tax, as we explain in more detail in this report. Taxpayers with low- and middle-incomes spend a larger proportion of their income on goods and services than higher-income taxpayers. Thus, sales taxes are regressive. While Montana does have a few sales and excise taxes that are more proportionally paid by households with lower- and middle-incomes, the impact of these taxes is much smaller on Montana’s overall tax system than a general statewide sales tax.

While Montana is ahead of some states in the progressivity of our tax system, there is still room to improve. This session, the Montana Legislature has the opportunity to pass a top tax rate on households earning $400,000 or more. This would help fund schools, roads, bridges, and public services each year while making Montana’s tax system more equitable.