Since the legislature passed the bipartisan Health and Economic Livelihood Partnership (HELP) Act of 2015, Montana’s economy has benefited substantially from Medicaid expansion. Over 96,000 Montanans have gained health care coverage through Medicaid, most of whom would have been uninsured without it. Families with incomes below 138 percent of the federal poverty line (FPL) are eligible for coverage (for a single individual, income below $16,750). In the first two years, the HELP Act paid for more than $1 billion in health care services, with over 90 percent of the cost covered by the federal government.[1] Medicaid expansion has brought new federal funding into Montana, boosting Montana’s economy through increased spending by hospitals, providers, employers, the state,4 and individuals on health care services.

Medicaid Expansion has benefited the Southwest Region of Montana 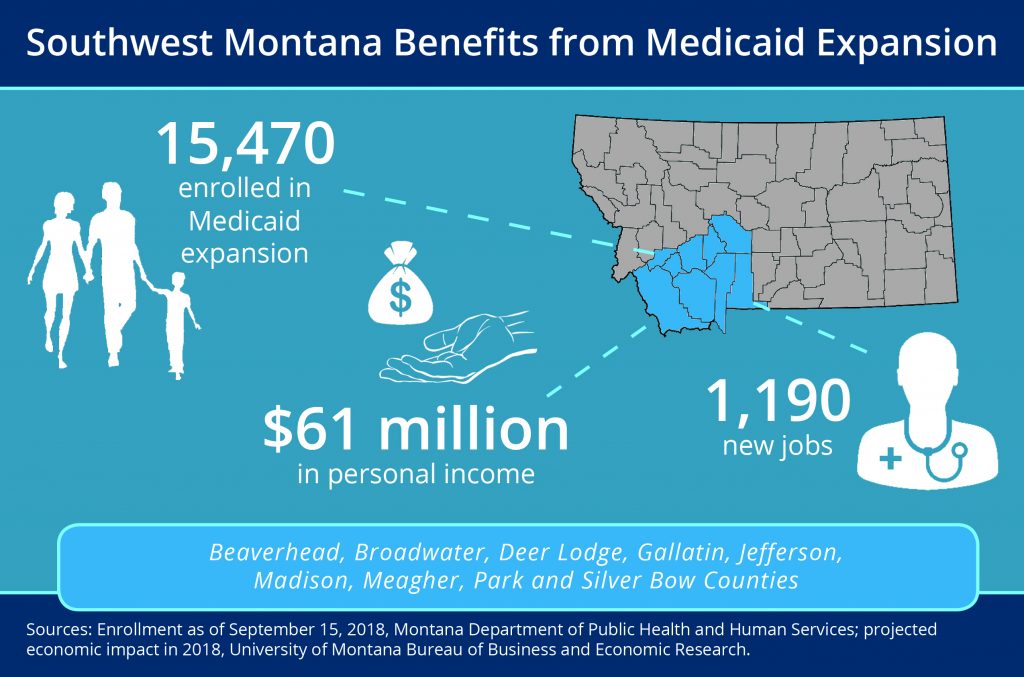