Through a long and varied legislative history, Montana’s elected leaders have created a tax system where households living on lower and moderate incomes pay a larger percentage of their income in taxes than the wealthiest. Our laws, including those related to taxation, stem from a history of racial inequities and were passed by overwhelmingly white legislatures. The cumulative impact of these policy choices over time (for example, tax exemptions that favor business over people and lower tax rates for income from investments rather than wages) accounts for some of the racial injustice that exists in Montana today. 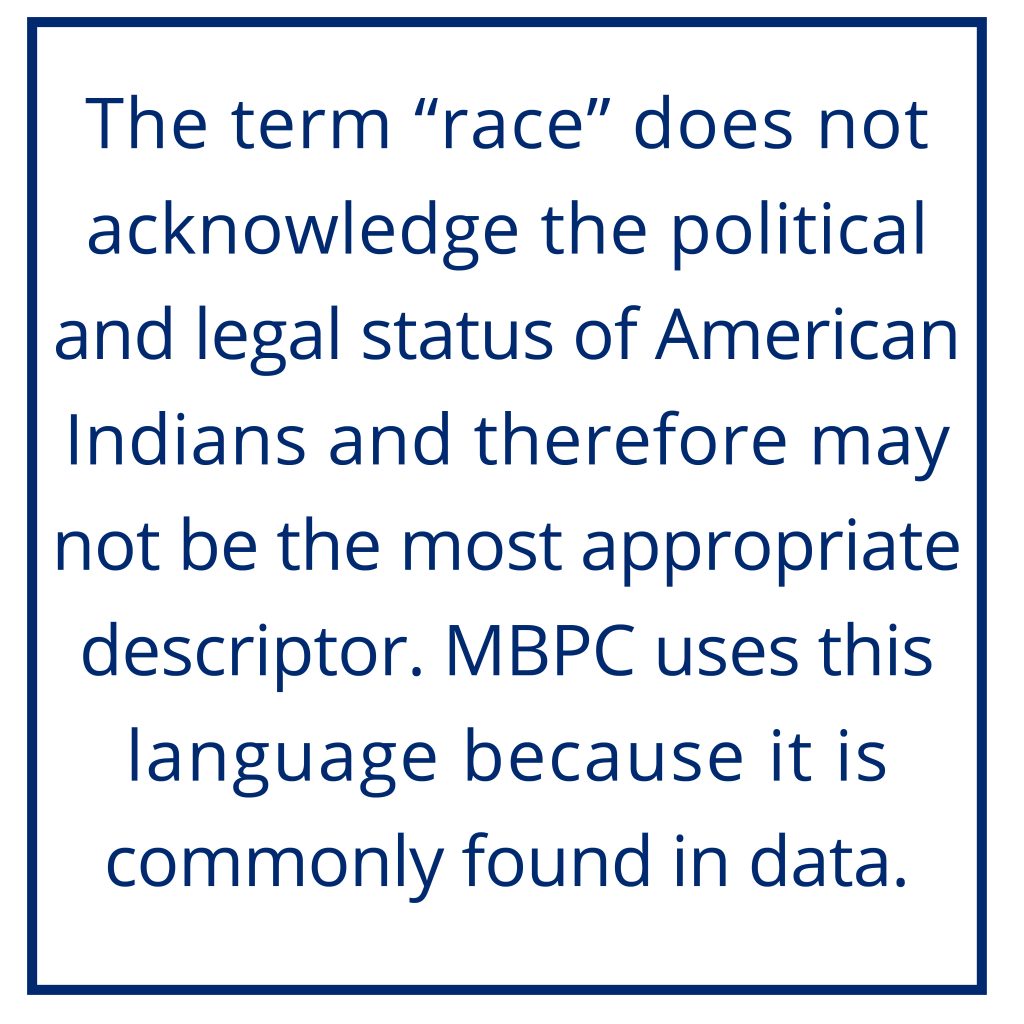 participate in our economy, we must begin to undo the decades of harm that racist policies and practices have caused. A good place to start would be making our tax code more equitable and racially just. Unfortunately, the 2021 Legislature did the opposite when passing SB 159 and other bills that increased the regressivity of Montana’s tax system.

There is an important relationship between systemic racism and wealth that is relevant to the impact of taxes on income across race. Income is used for everyday expenses and provides for immediate needs. Wealth, or the sum of resources accumulated over time, offers financial security and allows for investments in the future like higher education, purchasing a home, or saving for retirement. In the nation, the wealthiest 10 percent of white households hold two-thirds of U.S. wealth, and their wealth is increasing all the time. From 1983 to 2013, 99.4 percent of all gains in wealth went to the wealthiest 20 percent.[1],[2] In 2019, a white family at the median income level had over $188,000 in net worth while a Black family at median income level had just over $24,000 in net worth, or 13 cents to the dollar of the white family’s wealth.[3] A Latinx family at median income had just over $36,000 in net worth. Other families, a diverse group which includes American Indians, also had lower wealth levels than white families.

These numbers represent more than a point in time – they represent the historical injustices perpetrated by racist, biased, and discriminatory policies and practices against Black, Indigenous, and people of color (BIPOC). Wealth, or a lack thereof, can persist across generations, as is shown as the median income for a Black or Latinx family is 58 percent of the median income of a white family ($69,230 for white families vs. $40,720 for Black families), yet net worth for a Black family is only 12 percent of a white family’s net worth.[4] The racial wealth gap continues to rise because whiteness has continually played a serious role in wealth building in a society and tax system that ignores the day-to-day realities of most BIPOC. Examples of this include how Black families who purchase homes in neighborhoods with lots of Black neighbors lose out on wealth gains compared to home purchases in majority white neighborhoods or how Black students carry more student loans than white students, creating financial barriers.[5],[6]

In the United States, white people have benefited from substantial generational income and wealth gains through racist historical institutions and atrocities, such as the taking of land and resources from

Indigenous people; the enslavement of Black people; laws limiting access to housing, education, voting, and good jobs; and subjugation of people of color and immigrants in countless other ways.

One of the lasting effects of these practices is our state tax code, which like many 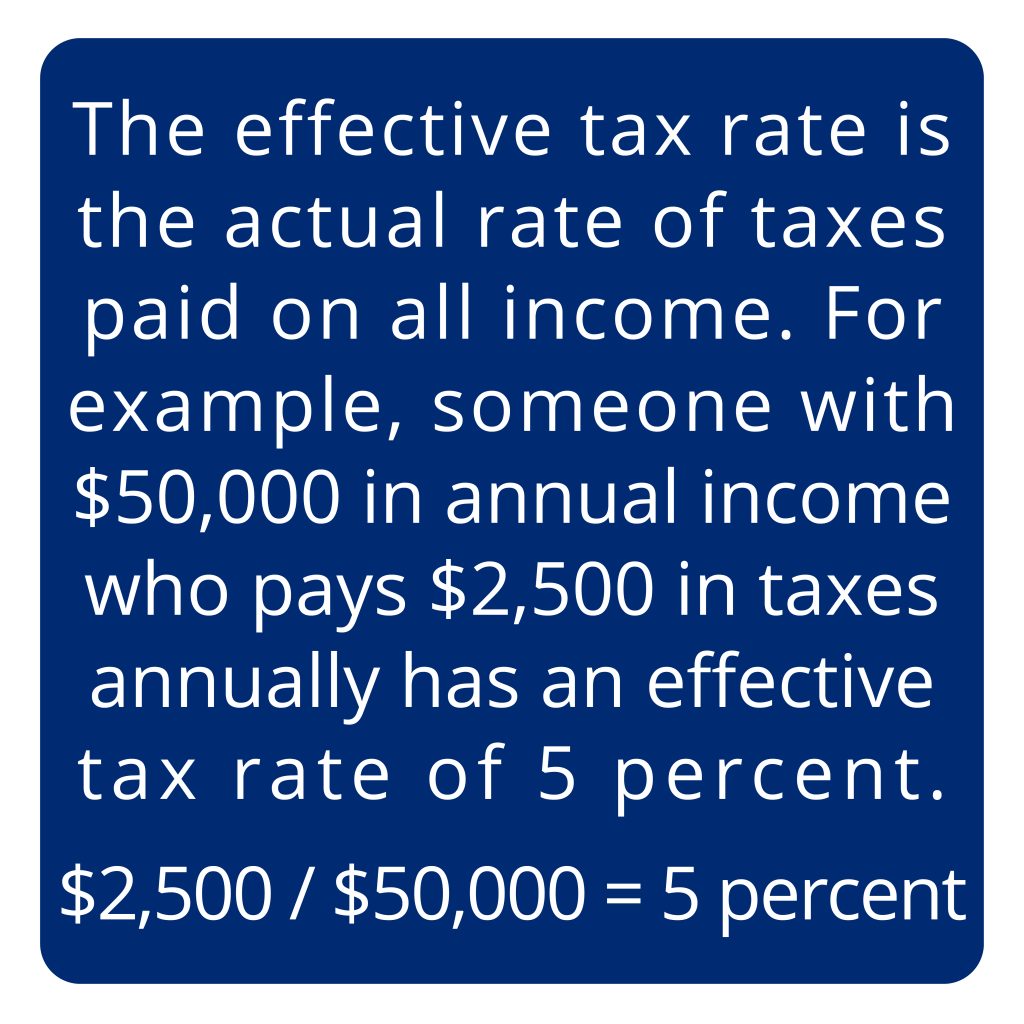 of our state policies, is inextricably tied to historical and ongoing discrimination and the resulting effects. For example, today in Montana, households who make money from investments pay a lower effective tax rate than those who earn income from wages. [7] As systemic racism and present-day discrimination have resulted in a system where BIPOC have been and continue to be denied access to build wealth and equal income, this policy favors white people. In 2018, more than half of this tax break went to the wealthiest 1 percent of Montanans (4,713 households making more than $420,000 annually).

Tax cuts that favor those with higher incomes, who are disproportionately white, continue to exacerbate the racial wealth gap, as white households can keep more of their income on average. In contrast, the tax code requires Black, Indigenous, and households of color to contribute a larger share of their incomes to taxes, on average. In fact, the overall effective state and local tax rate for white Montanans today is 6.7 percent, while Montanans who are American Indian/Alaska Native (AI/AN) pay 6.9 percent of their income in state and local taxes.[8]

An analysis of Montana’s state and local taxes by income levels shows that Montanans living on lower incomes pay higher tax rates than those with higher incomes. In other words, Montana’s tax system is regressive. In Montana, those with incomes below $18,000 pay 7.8 percent of their income in state and local taxes, while those with incomes greater than $448,500 pay 6.5 percent.[9] This disproportionately benefits white people. 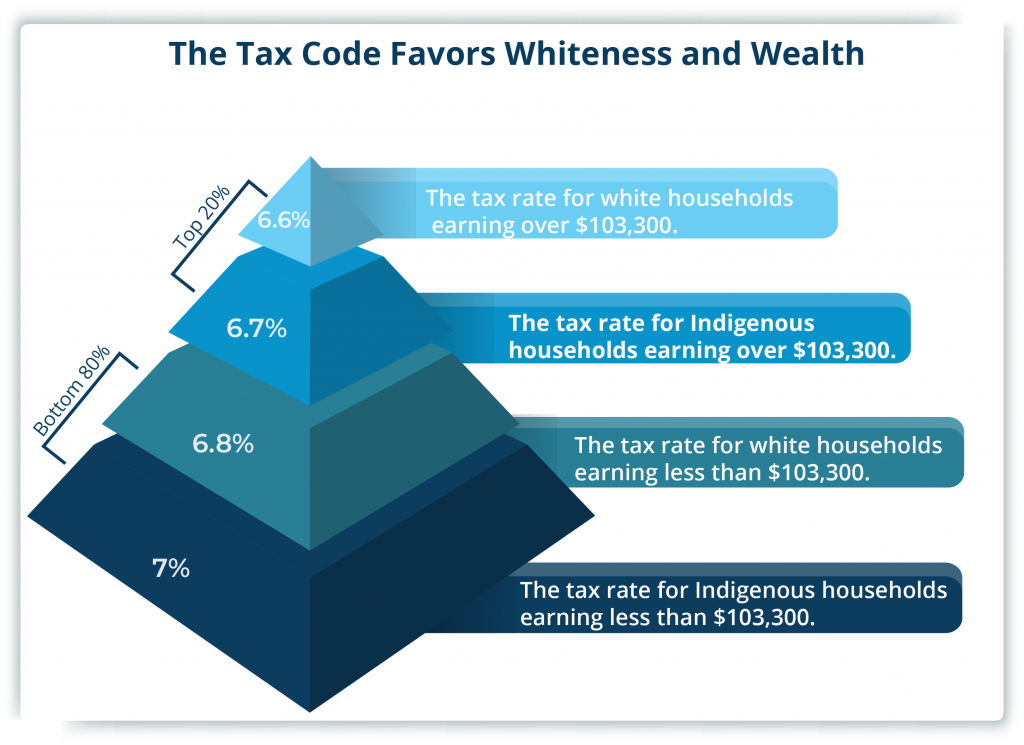 On the heels of the COVID-19 pandemic, which exacerbated the existing racial wealth gap, Montana’s 2021 Legislature passed SB 159, an income tax cut that goes primarily to white, wealthy Montanans. This policy choice creates an uneven recovery for people on low and moderate incomes, who are disproportionately BIPOC. SB 159 dropped Montana’s top income tax rate from 6.9 percent to 6.75 percent. Nearly 80 percent of the benefit of this tax cut will go to the wealthiest 20 percent of Montanans, who are disproportionately white because of a history of policymaking that favors whiteness.[11]

This tax cut worsens the current distribution of who pays taxes in Montana by disproportionately reducing taxes paid as a percentage of income for the wealthiest, who are overwhelmingly white.

Today’s Tax Code Is a Barrier to Racial Equity

Taxes are based on income, purchases, wealth, and property ownership, which 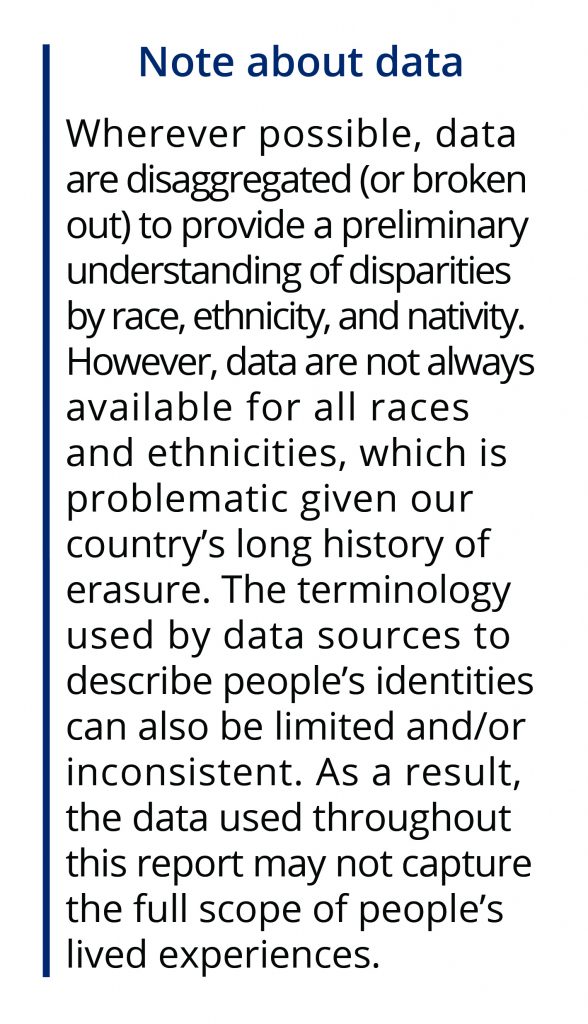 are linked with race due to decades of public and private racial discrimination. This has resulted in narrower economic opportunities for BIPOC compared to white people, stark differences in political representation and power, and a staggering racial wealth gap.

While today’s tax code is a barrier to racial equity, the following reforms would help even out our tax code and lessen barriers of regressive taxation that Black, Indigenous, and Montanans of color face.

[12] Montana Budget & Policy Center, “An Outstanding Return on Investment: Tribal Colleges and Their Contributions to Montana,” Dec. 2020.
PDF of this report
Support our work