On September 10 and 11, MBPC brought together partners from Montana, the District of Columbia, and ten other states for a two-day event, “Collective Advancement: Building Partnerships and Policy in Indian Country,” hosted in partnership with the Center on Budget and Policy Priorities. As a member of the State Priorities Partnership (SPP), a network of more than 40 independent, nonprofit research and policy organizations situated across the United States, MBPC is currently the only state partner with a dedicated State-Tribal Policy focus. That means MBPC is the only organization of its kind that has staff dedicated to researching, analyzing, and advocating around how state budget decisions and tax and economic policies impact Indian Country in its state. MBPC conceptualized and designed the convening in such a way to help change that. Attendees of the event included American Indian state legislators, tribal attorneys, tribal public affairs managers, nonprofit executives, and more. Even Minnesota Lieutenant Governor Peggy Flanagan opened the event with a keynote address on American Indian representation in public office and why it matters, using some of the wins in Minnesota around public safety, health and human services, education, and transportation to drive home the point. 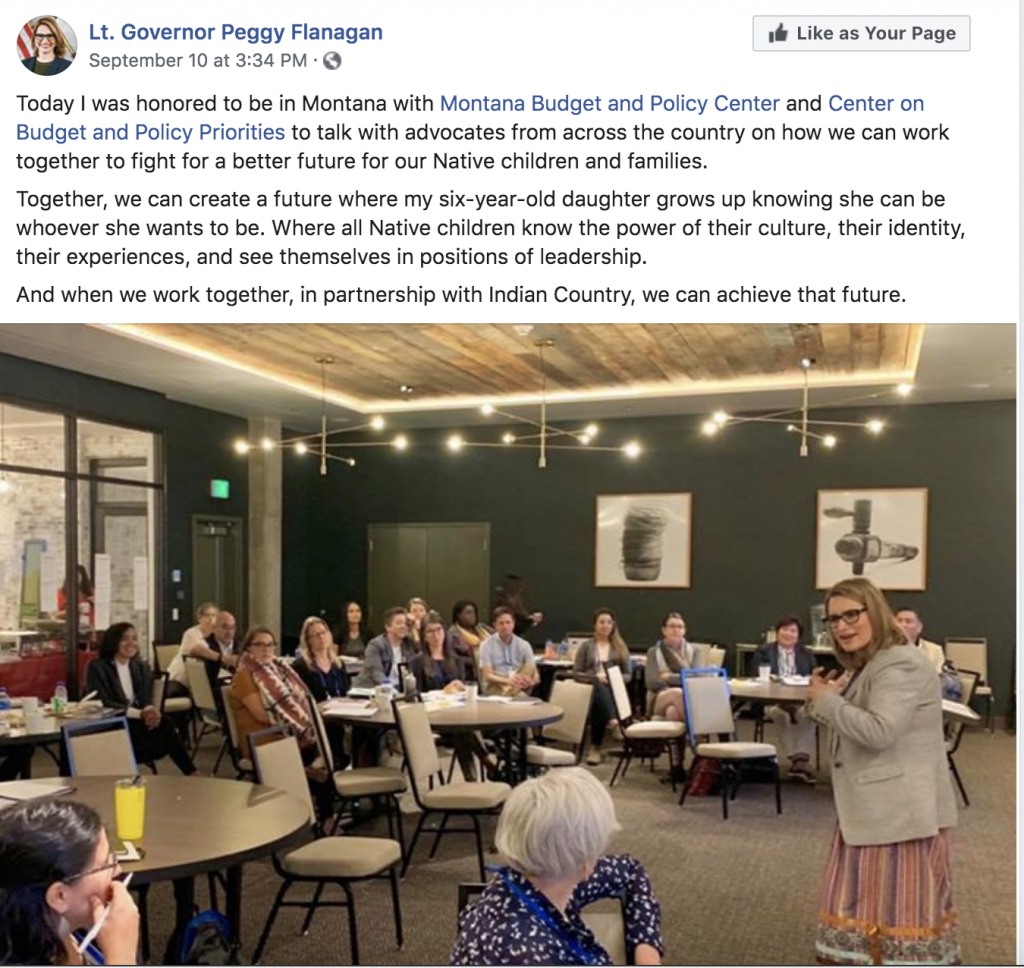 Across the two days, MBPC provided an overview of its State-Tribal work and invited guest speakers from across Montana to talk about issues ranging from federal Indian law and tribal sovereignty to historical trauma-informed policymaking and challenging invisibility and stereotypes in data. Because the event centered partnerships, MBPC used this as an opportunity to talk about how community builds and shapes its own policy and research agendas, as well as to build and deepen its own relationships with its own Montana partners. Since MBPC began this work in 2011, it has leveraged its partnerships to provide research and advocacy around issues like economic development in Indian Country, tribal language preservation, state funding for tribal colleges, and criminal justice reinvestment. Now, MBPC is taking an active role in helping its partners from the SPP network to grow their work, impact, and partnerships in Indian Country. Stay tuned.
Support our work